Before becoming the owner of this car, I had drooled over pictures the previous owner had showed me after he bought it.  He knew I would've loved to have it, but was unable to "secure" the funds needed to get it into my garage.  At the time, I had owned a white 71 convertible that another registry member now owns, and is available for viewing on the registry.  So, I didn't need another money pit to keep me occupied.

Fast forward two years, and in addition to the convertible, I now owned a 71 LeSabre 4 door sedan.  It was a nice low-mileage car, but I had my sights set on getting this Formal Coupe.  Upon selling the LeSabre, I immediately had thoughts of making a deal on the Coupe, but I knew it would put a strain on my budget, considering my intentions with the car.  I made a deal on the Coupe, and drove it home in October of 2006.  It was a very nice example of a mostly original car with 55,000 miles.  The only thing that bugged me, was the ratty engine compartment.  And, if I was going to tear into it to detail everything, I might as well pump it full of steroids!

My plan included a new cam, heads, carburetor, exhaust, ignition system, transmission modifications, and a continuing list of new "stuff" for it.  Unfortunately, the money wasn't there.  So, up for sale went the convertible!  It sold in November 2006, and I got the money to finally build my 13-second stock appearing Formal Coupe.

Fast forward to Spring of 2007, I finally tore it apart, and cleaned, painted, and detailed every nut and bolt under the hood.  I also installed a positraction rear, trans shift kit, 2500 stall convertor, and a couple other little goodies once I got the car running again.  Most of the local car shows I attended during the show season were very successful for my car.  Along with a freshly detailed engine compartment, the rest of the car was wet sanded, buffed, and polished to a mirror shine.

In August 2007, I took the car down the racetrack at National Trail Raceway in Hebron, OH.  It was extremely hot, and didn't fare well with the racers.  So, ET's were a little slower than normal.  I managed to squeak out a best time of 14.29 that week.  Later on in the Fall of 2007, I took the car to the track again in St. Louis.  I was finally able to creep into the 13-second zone with a 13.90 and a 13.89.  The only way I could get traction, was to install drag radials.  Otherwise, I would not hook up on the starting line.

Currently, I don't have any major plans for this car, but I might do some work on the front end and replace some rubber parts this Winter. 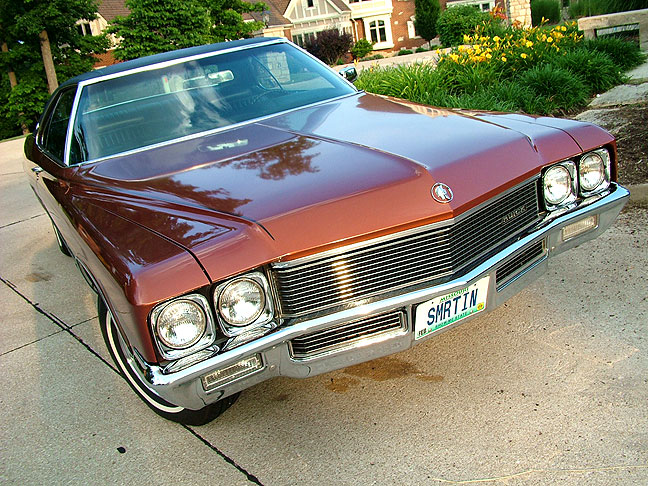 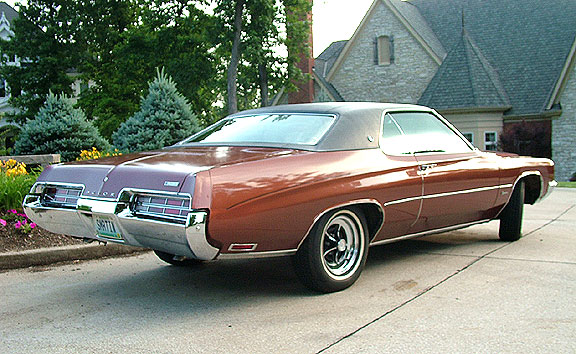 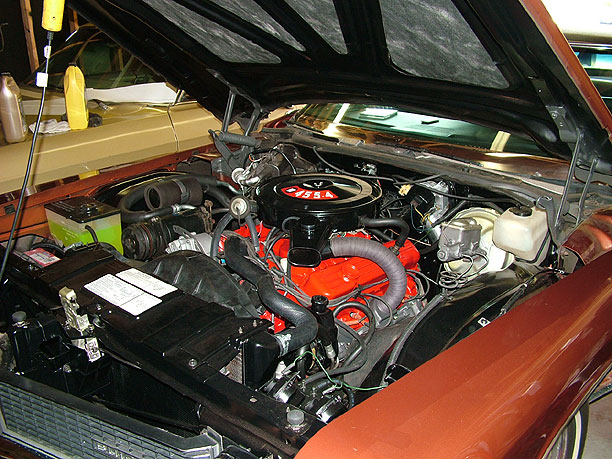 Sound clip of the exhaust with the new cam: